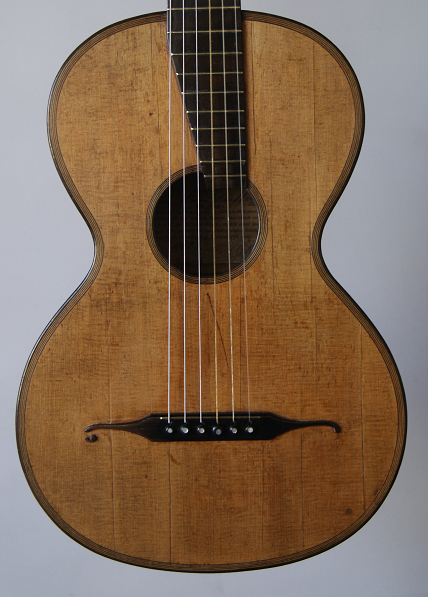 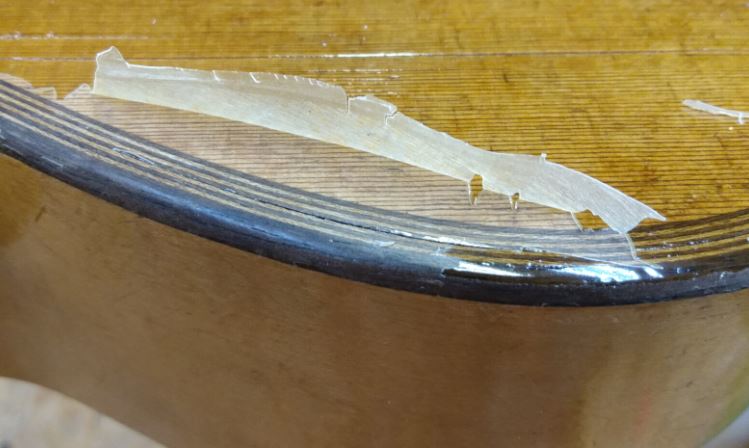 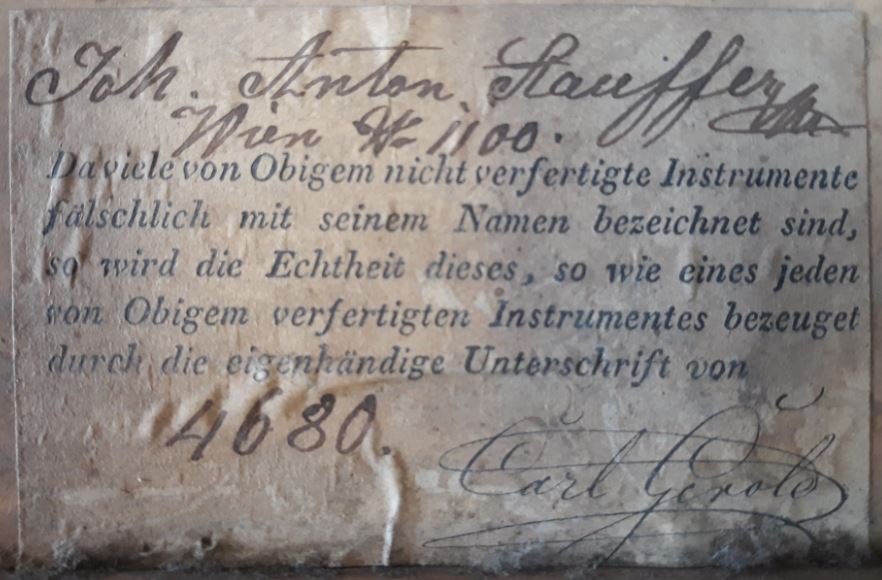 The guitar was owned by Cölestine Hübner, an Austrian woman who worked as a singer in Vienna’s wine taverns before her arrest. She was allowed to take along her guitar to the camp, but had to play and sing for the SS during their ‘Viennese Evenings’. She also performed as one half of ‘Tini and Mimi’, a duo she formed with Hermine Freiberger, another Austrian inmate at Ravensbrück. 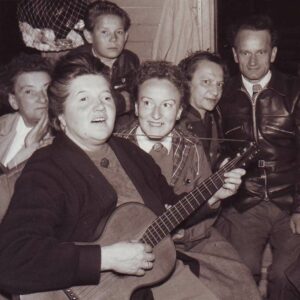 At some point, the guitar was treated with a modern varnish, probably in order to stabilise or cover the cracks that were already showing back then. Donated to the Memorial in 2011, the guitar went on display in 2013, placed in a climate-controlled vitrine. With the support of Ravensbrück’s International Friends Association (IFK e.V.), which organised a benefit in order to raise funds for this purpose, the guitar’s restoration was begun in 2018.

But first, a plan of action had to be worked out for the restoration effort. The Memorial decided upon a passive conservation strategy. It was the guitar maker and restorer Philipp Neumann (of Leipzig and Antwerp) who was entrusted with the restoration. This included the installation of small blocks to stabilise the cracks in the soundboard, and reglueing the loose sides around the backboard’s bracing. An analysis of the surface treatment showed that the modern coating was an alkyd resin varnish, one that could be stripped from the original shellac without harm. The cleaned surface was then given a coat of beeswax. Originally built by Johann Anton Stauffer in Vienna around 1843–48, this guitar is back on display in Room 4, which is dedicated to ‘Solidarity and Self-Preservation’

more information and quoted from:

This website uses cookies to improve your experience while you navigate through the website. Out of these, the cookies that are categorized as necessary are stored on your browser as they are essential for the working of basic functionalities of the website. We also use third-party cookies that help us analyze and understand how you use this website. These cookies will be stored in your browser only with your consent. You also have the option to opt-out of these cookies. But opting out of some of these cookies may affect your browsing experience.
Necessary Always Enabled
Necessary cookies are absolutely essential for the website to function properly. These cookies ensure basic functionalities and security features of the website, anonymously.
Functional
Functional cookies help to perform certain functionalities like sharing the content of the website on social media platforms, collect feedbacks, and other third-party features.
Performance
Performance cookies are used to understand and analyze the key performance indexes of the website which helps in delivering a better user experience for the visitors.
Analytics
Analytical cookies are used to understand how visitors interact with the website. These cookies help provide information on metrics the number of visitors, bounce rate, traffic source, etc.
Advertisement
Advertisement cookies are used to provide visitors with relevant ads and marketing campaigns. These cookies track visitors across websites and collect information to provide customized ads.
Others
Other uncategorized cookies are those that are being analyzed and have not been classified into a category as yet.
SAVE & ACCEPT