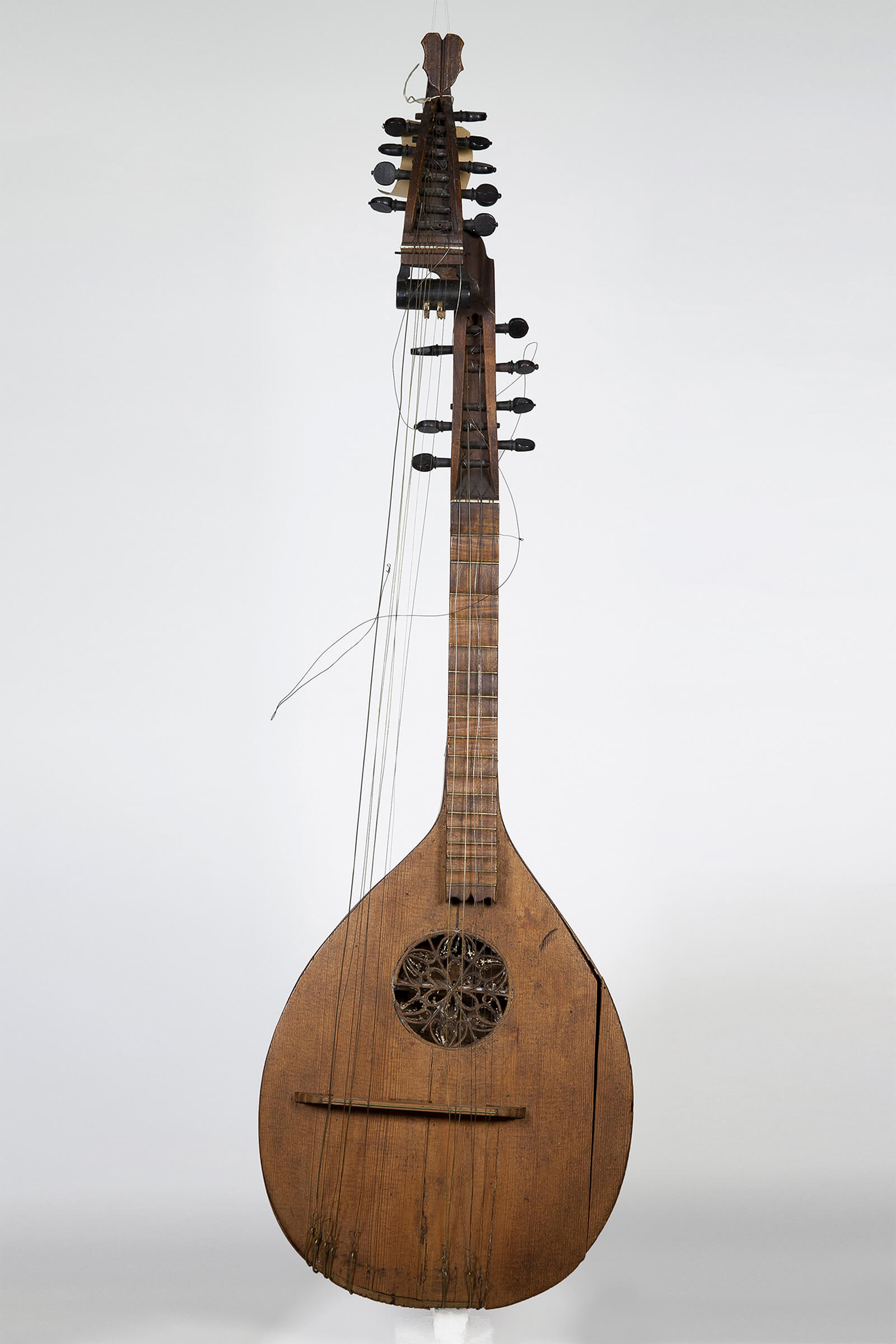 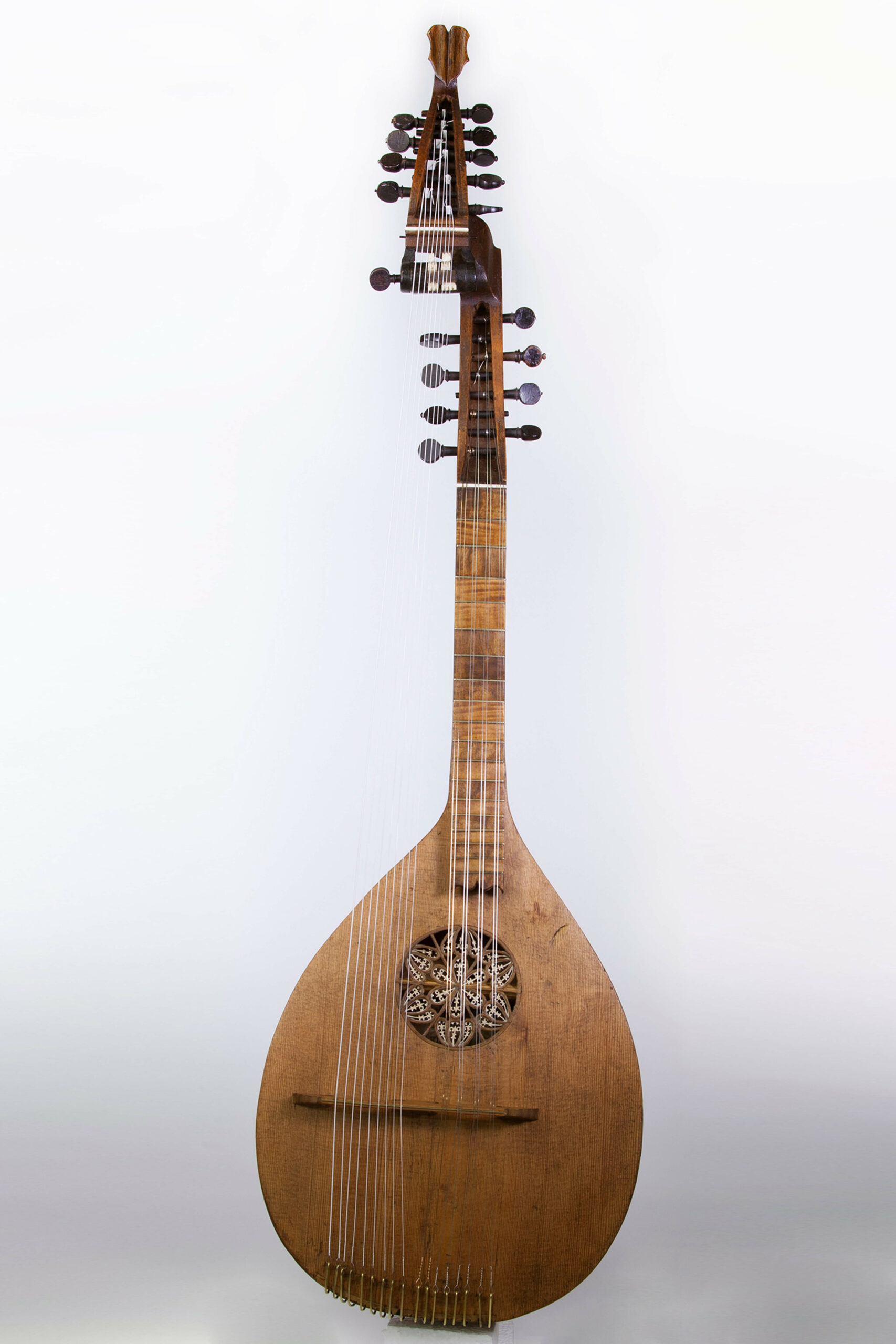 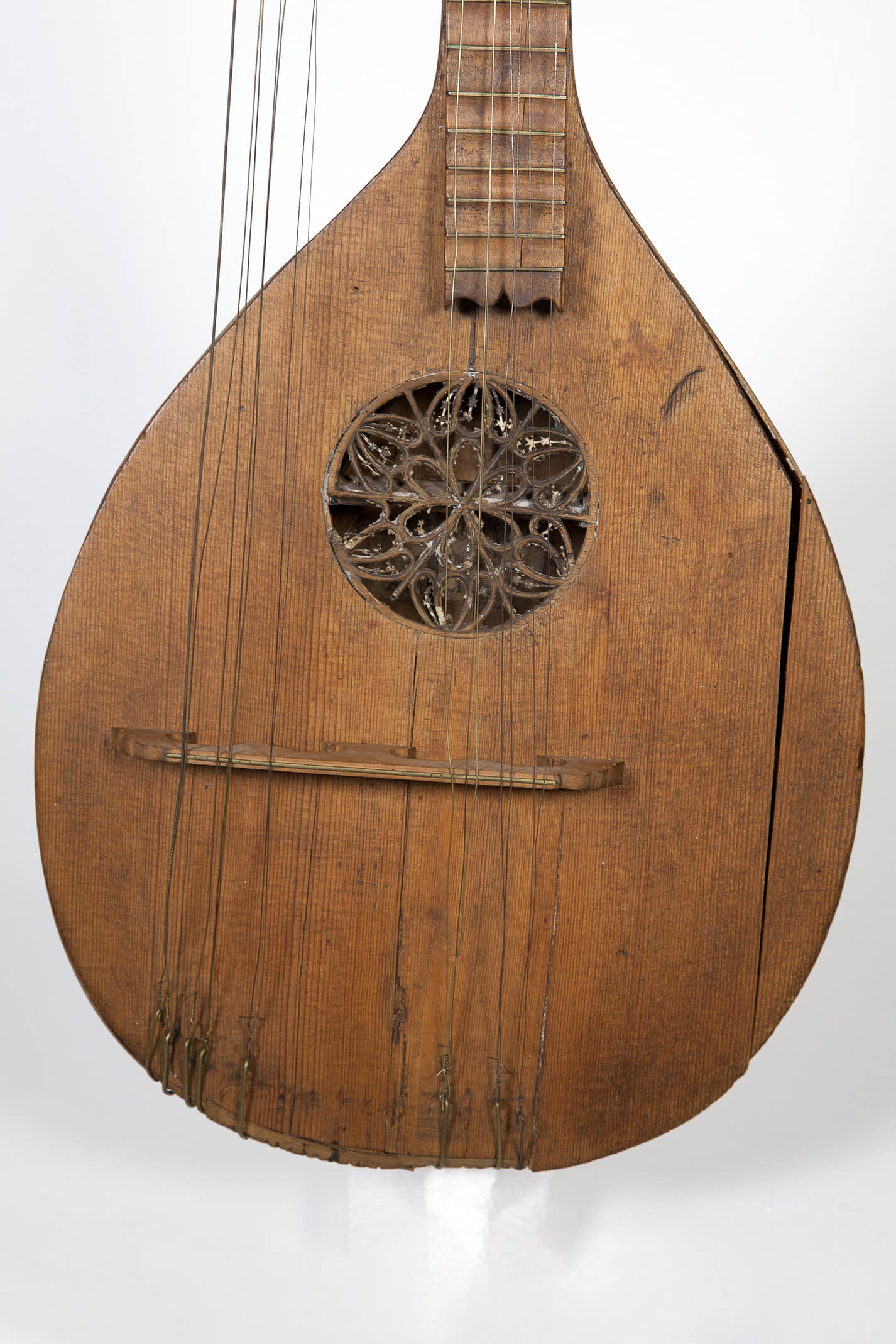 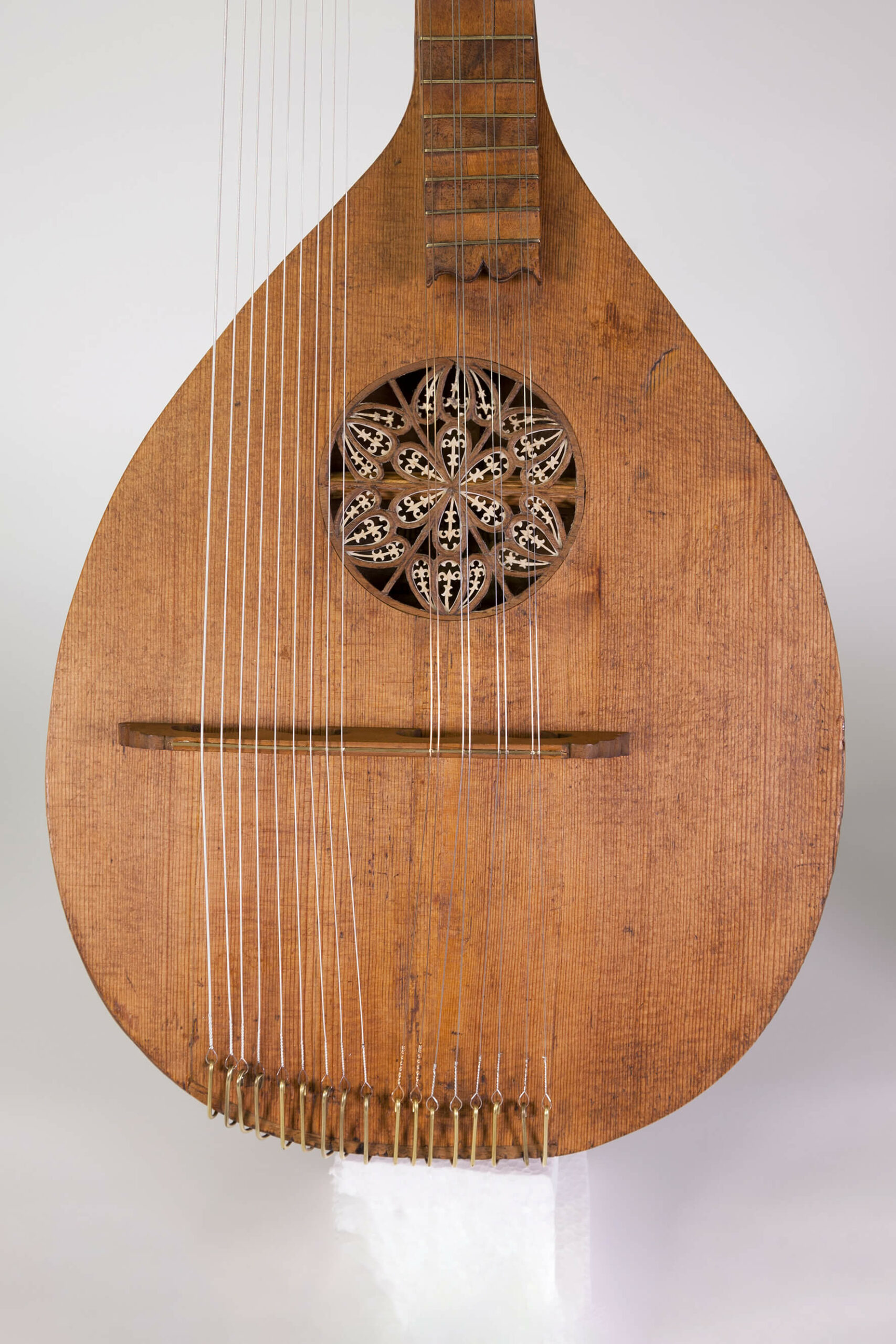 The instrument made by A.E. Kram 1770 in Nuernberg is part of the Musikinstrumentensammlung Willisau / Switzerland.

Abstract:
The instrument too fragile to make it playable again. The aim of the restoration is to actively preserve the state of use. All loose parts should be fixed, missing parts added and cracks closed. The damaged rosette requires special attention during the restoration. Parts of the parchment mosaic are badly damaged and cannot be reused. The aim is to maintain and clean the parchment in three rosette windows. The rest is reproduced similar to the rosette of a cister in the Nuremberg National Museum. The cistern should be cleaned and strung with low tension strings to make the instrument organologically understandable. The probably not original bridge remains on the caster, comparisons with other cistern from Kram do not show a uniform bridge shape. The bridge is thus a sign of an authentic, changeable music practice that reacts to the needs of the musicians. The same applies to the later added wedge under the fingerboard, which should remain on the cister

This website uses cookies to improve your experience while you navigate through the website. Out of these, the cookies that are categorized as necessary are stored on your browser as they are essential for the working of basic functionalities of the website. We also use third-party cookies that help us analyze and understand how you use this website. These cookies will be stored in your browser only with your consent. You also have the option to opt-out of these cookies. But opting out of some of these cookies may affect your browsing experience.
Necessary Always Enabled

Performance cookies are used to understand and analyze the key performance indexes of the website which helps in delivering a better user experience for the visitors.

Analytical cookies are used to understand how visitors interact with the website. These cookies help provide information on metrics the number of visitors, bounce rate, traffic source, etc.

Advertisement cookies are used to provide visitors with relevant ads and marketing campaigns. These cookies track visitors across websites and collect information to provide customized ads.

Other uncategorized cookies are those that are being analyzed and have not been classified into a category as yet.